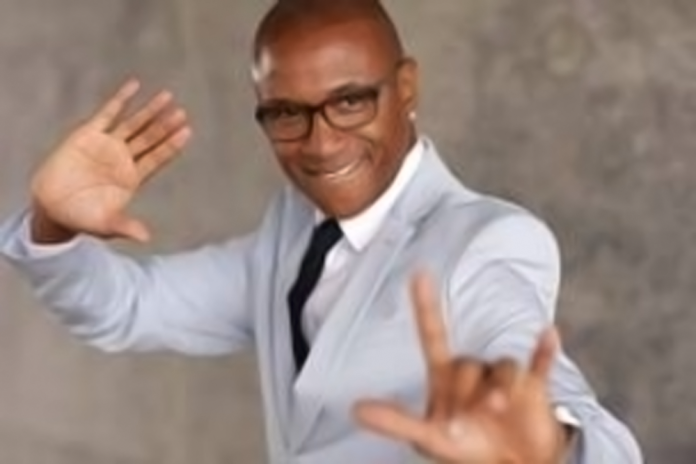 Tommy Davidson (In Living Color), will headline a special four-night engagement at the Arlington Improv Aug. 4-7.

Davidson’s exceptional range – from stand-up comedy and acting to versatile music accomplishments – have earned him a reputation as an extraordinary performer. Best known as one of the stars of the hit television show In Living Color, his visibility has allowed him to become a household name known for his innovative talent.

Davidson started his career as a standup comedian in Washington DC, earning an ardent following. Spotted by major concert promoters, he was first booked as the opening act for Patti LaBelle, Kenny G and Luther Vandross. It wasn’t long before he came to Hollywood and was headlining the biggest rooms and met Robert Townsend. This led to his first national tv appearance and starring role in Partners in Crime, the conduit to Keenan Ivory Wayans, who proved instrumental in Davidson’s career by offering him an opportunity to audition.

Davidson starred in Disney Channel’s beloved animated series The Proud Family throughout its run between 2001-2005. He returns this spring to topline the new version of the hit series, “The Proud Family: Louder and Prouder” (Disney +) to rave reviews on a new ardent following.

The multihyphenate is perhaps best known for starring in the groundbreaking sketch comedy series In Living Color, there becoming a standout with his impressions of Sammy Davis Jr., Michael Jackson and other entertainment icons. His performance on the series resulted in three Showtime specials: On Strength of New York, Illin’ in Philly, and Takin’ it to DC. Davidson also hosted and starred in the network’s Chocolate Sundaes Comedy Show, as well as three seasons of ABC’s Vacation Creation.

Davidson voiced the series regular role of Cream Corn in the Adult Swim action-comedy spoof Black Dynamite, and has also made guest appearances in everything from MTV’s Wild ‘N Out to BET’s Real Husbands of Hollywood and ABC’s Celebrity Wife Swap. He also recently headlined The Off Color Comedy Tour with Keenan Ivory Wayans, Shawn Wayans and David Alan Grier, and toured with Mike Epps and Martin Lawrence, having launched his career as a stand-up comic in Washington, D.C.

Kensington Books in 2020 published Davidson’s memoir Living in Color: What’s Funny about Me, recounting his personal triumphs after having been abandoned as in infant.