You can feel it. You know it’s happening because you’re a catalyst, you’re one of the ones helping to make it. Change is a-coming, and it’s everywhere you look: at home, in your neighborhood, in your entire country and, as you’ll see in the new book “Revolutionary Women” by Ann Shen, it’s coming from history, too.

Take a look at the shelves of your library or favorite bookstore, and you’ll see lots of books written about women. But Ann Shen says she “wanted to write a book that features something close to my heart…” She hoped to write about “the lives and work of BIPOC women…” because, she says, those women are “historically underrepresented.” 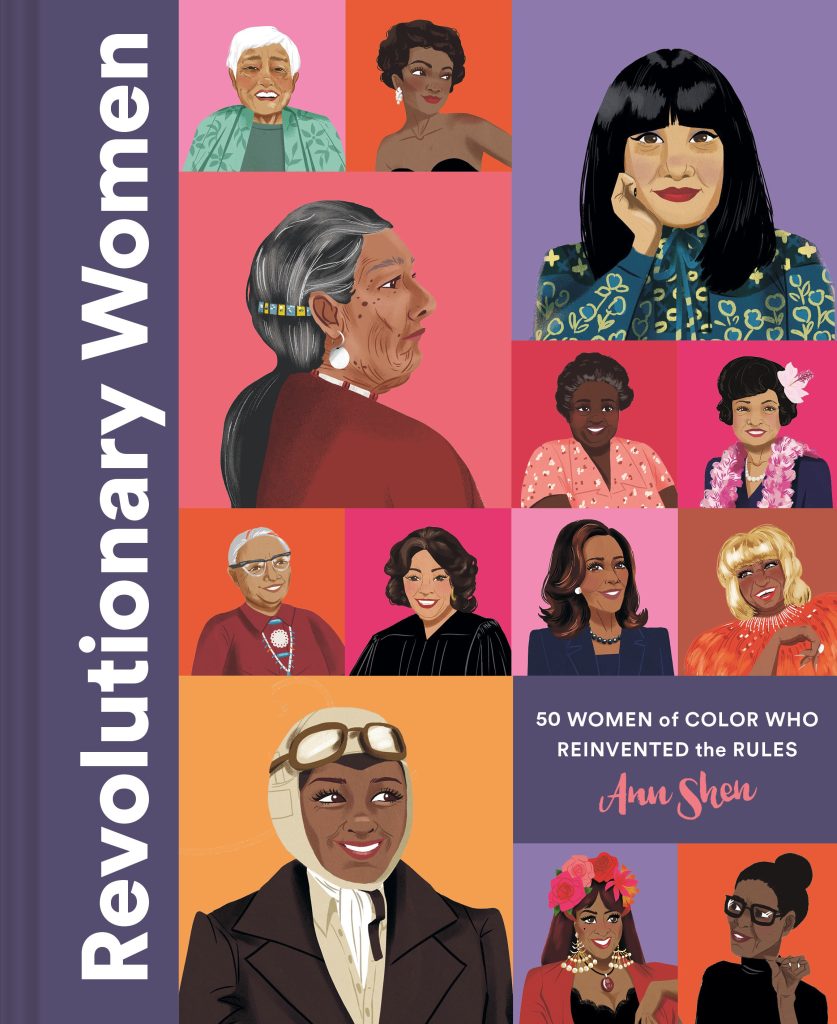 Take, for instance, the actress-singer Eartha Kitt. She was born “dirt-poor” and it seemed that no one in her family wanted her. No matter; Kitt grew up to have a fantastic career on-stage, she was an activist, “she learned to speak four languages and could sing in eleven.”

Tracey Norman had an amazing career in fashion until she “was outed as a trans woman by a hairdresser…” She didn’t let that stop her; today, she’s the “mother” of the House of Africa, a team that competes at New York’s drag balls.

Speaking of dance, Rita Moreno is one of three people ever to reach a coveted PEGOT: a Peabody, an Emmy, a Grammy, an Oscar, and a Tony award.

At twenty-nine, Alexandria Ocasio-Cortez was the youngest woman to enter the U.S. Congress. Shirley Chisolm was the first Black woman and the first female candidate to run for the office of President in 1972. Joyce Chen was America’s first celebrity chef of Chinese-American descent. Bessie Stringfield was “the Motorcycle Queen of Miami,” and Celia Cruz was “the Queen of Salsa.”

Sometimes – especially this time of year, when your schedule becomes extraordinarily packed – all you want is something quick to pick up, read, and browse. “Revolutionary Women” is exactly that.

Each page of author Ann Shen’s diverse selection offers readers a brief biography of a women of history and influence and a short but fact-filled narrative of that woman’s life and achievements, making this book perfect for time-crunched readers. Some of the entries will be familiar – Shen mostly honors audacious women who lived in the last 125 years – although some of the bios may serve as an introduction to a life. The fun of this book draws from the little-known info within those biographies; they’re heavy on current events and politics, without ignoring science and the arts.

Dip into this illustrated book, learn about the trailblazers you didn’t know and reacquaint yourself with those you did. While “Revolutionary Women” is good for older teens and young adults, older readers might find it to be a nice change.

NDG Book Review: ‘Well of Souls’ is good for the old time instrument