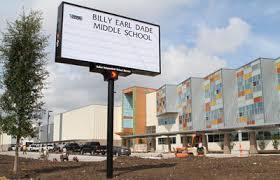 The Dallas Police Department issued a statement via email late on Wednesday regarding inquiries on an accusation of child abuse by an employee at Dallas ISD’s Dade Middle School.

According to the email, “This incident had been previously investigated by DISD Police, but additional allegations were brought forward today. DPD Child Abuse Detectives were called to the school to investigate the new allegation against an employee.”

The report states more info would be provided as “‘reliable’ information becomes available.'” (text in bold by Dallas Police, not editor).

Dade MS is also the campus involved in an on-going dispute between the Dallas Superintendent Mike Miles and Dallas ISD Trustee Bernadette Nutall who was removed from the campus at Miles request on Oct. 13.

Miles also recently wrote an editorial discussing why he is concerned about the state of affairs at Dade MS. He explained why he requested recent changes at the school, promising it was to improve instruction for the students.

Congratulations to our Teacher of the Year finalists